(With apologies to the competitors of the Invictus Games. We strive to copy)

Last week I had the rare opportunity to be present at the Invictus Games. My wife is the real keen fan, and I tagged along not knowing what to expect.

Within 15 minutes of our arrival at Olympic Park in Sydney, I knew that this was going to be special as the spectators roared to show their encouragement and belief in the competitors. 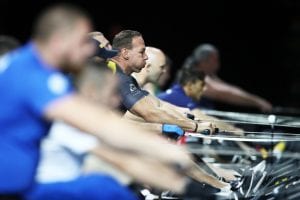 The first event was Indoor Rowing (on rowing machines) and the grading was for the most disabled people. It was a 1500m sprint and was won by a man missing 3 limbs, an arm, and both legs. When he dismounted from the machine he looked at an offered wheelchair with absolute disdain and “walked” off on one arm and torso. The applause was deafening! I was in tears. (So was the wife and everyone else).

This athlete continued cropping up all over the place either competing or racing back after winning to help less fortunate competitors complete the event. He won a handful of medals always refusing a wheelchair and climbing up onto the podium, to receive a gold medal.

When interviewed by a journalist who said “What is it now 5 golds?” his reply was “Yeah whatever”. He was far more interested in the sport and his mates. What an indomitable spirit, and this was repeated in virtually every one of the other 500 competitors.

I would love to report that he is an Aussie but alas, a Pom!

On reflecting on this while flying back home, I realised that there was an analogy with Gympie Landcare.

Gympie Landcare went through a financial event that nearly closed the doors of the organisation. 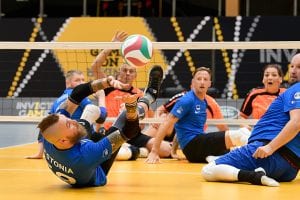 SYDNEY, AUSTRALIA – OCTOBER 22: Estonia players compete in their match against Netherlands in the sitting volleyball during day three of the Invictus Games Sydney 2018 at Sydney Olympic Park on October 22, 2018 in Sydney, Australia. (Photo by Brett Hemmings/Getty Images for Invictus Games Sydney)

However, there were a few extremely loyal members who struggled for years to get the organisation back to health. I won’t name them because their response is also “Yeah whatever” and they would be embarrassed.

But like those athletes who have overcome adversity and inspire us to believe that anything is possible we as an organisation are ready to grow and improve our support to our members and landholders so they can be champions at caring for their land.

Our enterprises are working well. Both Bio-control and the Contracting Services are significant services to the Council and our members.

But like those athletes, it might be time to ask the question. What is possible and how can we as an organisation reach our full potential.