You are here: Home / Community / A Successful Bio-Control Forum

Dhileepan from Biosecurity Queensland gave a power point presentation on existing bio-control insects and the prospect of future pathogens like a leaf rust, leaf spot and gall rust.  Pathogens are currently being tested overseas and if safe for our envirorment, it  can be brought to Australia for futher testing before being release. 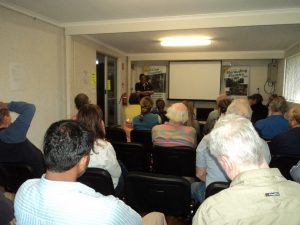 Leslie from T.E.C.K.nology Environmental use drones for various applications like weed monitoring and spraying and releasing and monitoring of biocontrol insects.  Drones particualary come in handy when working and monitoring in difficult locations. 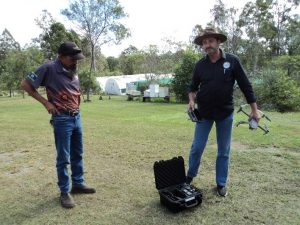 Leslie took the drone on a test flight and snapped some photos of the people attending the forum.  The drone has sensors so it cannot crash into trees and can return home when the batteries run low. 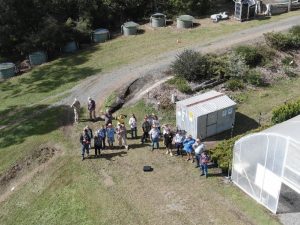 The future of releasing insects by drone in difficult areas is already here and we look forward to working with groups who already have  this exciting technology available.