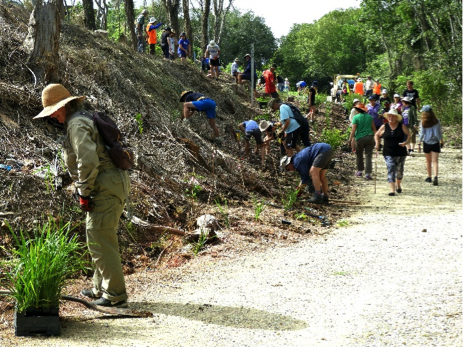 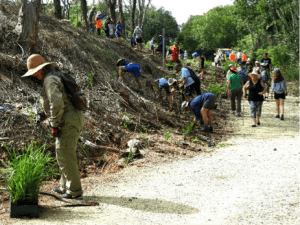 We were one of the first Landcare groups established in the state.  At first the focus was on erosion and site restoration under management mainly by graziers.  With the formation of a strong local grazier group and the provision of federal grants mainly for environmental work the focus shifted to weed removal and revegetation projects and the group became more urban/rural.  Nevertheless, we run educational schools to inform rural dwellers of good practice on the land.  We developed a fine nursery noted for the availability of local material and opened a biological control facility early this century raising insects to attack what later became Weeds of National Significance.  We now raise a bug, a beetle and a moth to attack cats claw creeper and a beetle to attack Madeira vine, becoming the leading non-governmental agency in the state and having increased our production capabilities in co-operation with other agencies including the Macadamia Nut Society.  Our contract services now generate considerable income with their weed-control and vegetation planting activities often in partnership with the local Council.