You are here: Home / Featured / Have you seen this Invasive Fiery Little Daisy? 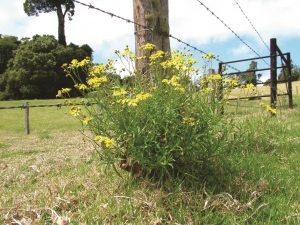 Though bright and beautiful, Fireweed is a fast-spreading invasive weed that can have a significant impact on local farmers, is poisonous to horses and livestock and is considered a high priority invasive plant to control on the Sunshine Coast.

Sunshine Coast Council is currently targeting fireweed in the Belli Park, Eumundi and Kenilworth areas and wants help from residents to keep an eye out for it.

Fireweed is a short-lived plant that is currently flowering in bright yellow but it will soon start to die back as the weather gets warmer. Seeds emerge in a puffball soon after flowering and their feathery white parachute allows them to become airborne.

Environment Portfolio Councillor Maria Suarez said council had been working with residents for some time to stop fireweed establishing in the region.

“So far, we’ve managed to eradicate fireweed in Maleny, Yandina and Pelican Waters and now we’re focussing our efforts on helping landowners in the Belli Park, Eumundi and Kenilworth areas to eradicate it there.”

Division 10 Councillor David Law said local farmers had been doing a great job to minimise the impacts of fireweed, but it was an ongoing battle.

“Fireweed spreads very easily and can get onto a property through pasture seed, hay, turf, mulch, stock transport and machinery,” Cr Law said.

“It’s important to regularly monitor for fireweed and, like all invasive plants, it’s best to get in early and remove it before it becomes established.”

If you think you may have seen fireweed recently, you can check by downloading the Fire weed identification form from the Queensland Government website.

If you have seen fireweed, please contact council on 5475 7272 to speak with a Pest Plant Officer. 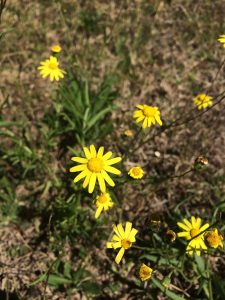 To find out more and discover what other invasive plant species might be in your area, visit council’s website for more information by clicking here.

How to identify fireweed:

You can tell fireweed apart from other plants like dandelions and native Senecio species by three main features:

The Queensland Government Biosecurity Act 2014 requires everyone to take all reasonable and practical steps to minimise the risks associated with invasive plants under their control. This is called a general biosecurity obligation (GBO). 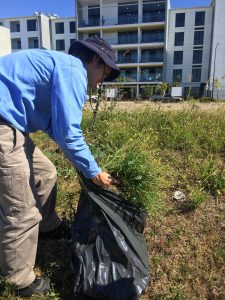