You are here: Home / Bio-Control / Jewel Beetles – Did You Know? 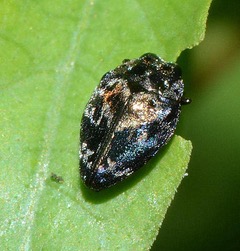 Did you know that nearly 60,000 jewel beetles were harvested by Landcare staff and volunteers over the last twelve months.

200 adult jewel beetles are placed into a tent and left to breed for 45 days. When numbers are sufficient, beetles are individually harvested using a modified vacuum cleaner.

Each jar contains some cats claw creeper to keep the beetles feed until their release.  100 beetles are sucked up into a jar and then dispersed into the field by Staff, Landholders and Groups all the way from the North Queensland, throughout South East Queensland and down to NSW.

Good eye sight is required as these little beetles are only 3mm long. 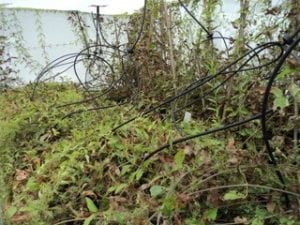