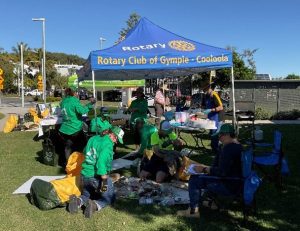 Working towards a brighter future for our marine and aquatic life

Gympie & District Landcare recently held a very successful Marine Litter Debris Clean Up Project on the Mary River and our Eastern beaches from Rainbow Beach to Inskip Point. Thanks to our supporting partner Burnett Mary Regional Group we were able to carry out important flood recovery work in removing some of the rubbish that has landed in our waterways as a result of major flooding events in 2022 in the Gympie region. 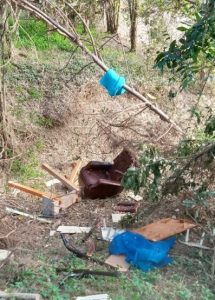 We put a call out to our community, and we would like to thank all of our volunteers for their involvement in grabbing a bag and collecting rubbish with us. We were able to remove over 6572 items and make an impact on over 26 kms of beaches and sites on The Mary River.
Project sites included Rainbow Beach, Inskip Point, Cooloola Cove Inlet and waterways by boat, as well as several Mary River Sites from Traveston and Kandanga right up to Curra. The largest items removed included a full-sized fridge and large gas bottles, not to mention many tyres washed up on the banks of the Mary. 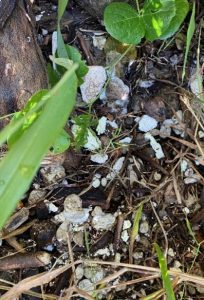 Gympie Landcare set out with a target to remove a ton of rubbish, ending up with a total of 1152 kgs removed to landfill, a fantastic result. Every piece of rubbish was recorded on data sheets that will be used by Tangaroa Blue in their ongoing work in reducing waste and protecting marine life in our oceans.
The most common item of rubbish present on the beaches were the small pieces of polystyrene. Over 1700 small pieces were removed from Rainbow Beach to Inskip Point. There is still more to remove and will be for quite some time, so these clean ups are of vital importance to remove this rubbish and protect our marine and aquatic life.
Soft plastics were most common on the banks of the Mary River as well as bottles and cans having a large presence, both here and at Inskip Point.
We would like to thank Cooloola Coast Care, Mary River Catchment Coordinating Committee, Rotary Club, Rainbow Beach Surf Life Saving Club and Gympie Regional Council for their support of the project.
Gympie Landcare intend to work with other local like-minded organisations to make this clean up an annual event.  Thanks for the outstanding community spirit, Gympie!!!
Some facts you might find of interest in this space: 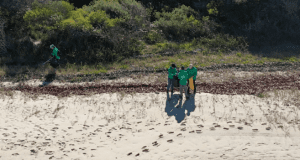