April has been a busy month. 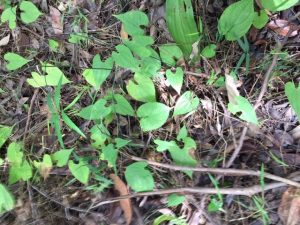 Ric and Glen have been spraying Hammil grass and patches of cat’s claw near the lagoon.  Ric has identified a yam (Dioscorea bulbifera) which may prove to be a serious weed problem for the park and surrounding district.  It has been sprayed and seems to be as tough as cat’s claw with tubers that grow vigorously. 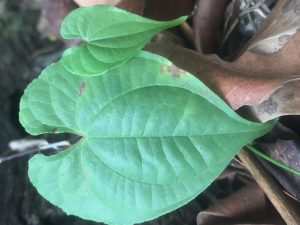 seeds for propagating at Landcare nursery.

Showers of rain have helped to establish plantings of Red Kamala, Tallow Wood, and Red Gums.  All of these have been sown with local seed.

Noni Metzler and her art group visited Messmate Park hoping to find inspiration in the tranquil setting near the lagoon.

Looking forward to seeing you for an enjoyable morning.