You are here: Home / Events / Our Volunteer Field Trip 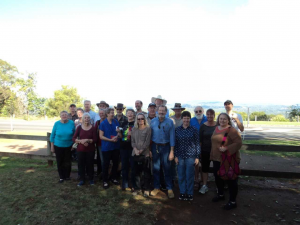 I do hope nobody out there was holding their breath for a belated bit of June news… My literary energy has been diverted to strategy plans, budgets and even amateur sign-writing around the nursery of late. But without too many excuses, I shall forge onwards and give to you, the round-up of our Volunteers Bus Trip!

We had a good turnout, with more names than we had seats on the bus. There were considerations given to thumb-wrestling amongst us staff members as to who would get the ‘junket day out’ seat. As it turned out, a bit of winter flu had taken a couple of volunteers out of action, so no thumbs were harmed. A good thing, as Yvonne had organized the day’s itinerary; Tony was getting an informal almost-last-hurrah, and I was scavenging top-secret information from the nurseries we visited. 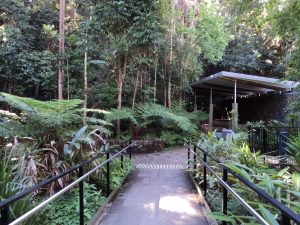 The jovial group was comprised mostly of nursery volunteers, but also included some of our Committee volunteers, including our newly elected President, Maree. A good opportunity for her to meet and mingle with her new-found ‘tribe’.

First stop for the day was not far down the road; Natives ‘R’ Us nursery at Traveston. A word of caution – if you are sensitive to bright pink, wear your sunglasses! No need to guess the favourite colour down there, it’s the uniforms, business cards and many of the Grevillea and Melaleuca cultivars that they propagate. We were treated to an informative tour of the facility, from the potting bench to misthouses and growout spaces. I think a few of us were left feeling somewhat inadequate after seeing the scale and success of their cuttings propagation, after many months of poor results in our own nursery cuttings. But we went away with plenty of ideas for improvements and perhaps a little relieved to see that even in a successful wholesale nursery you can produce good plants without needing everything to be new and fancy and production-line-perfect. 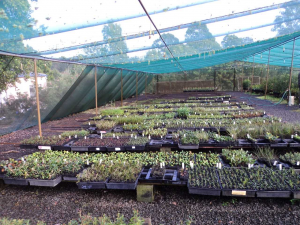 Second stop was further down the coast, to our neighbours in Barung Landcare. Their wholesale/production nursery is based in Landsborough. Like us, Barung has a mix of propagation for retail customers and contract-services field crew. Also like us, they have established a nursery on a property that was originally built for another purpose. Unlike us, their ‘shopfront’ and admin is not just a different corner of the property – Barung Landcare still has its offices and retail space in Maleny. Another difference is their water supply (and I don’t just mean the better rainfall they get!). Many plants were admired, questions asked and notes surreptitiously scribbled, before we departed for our fancy lunch stop. 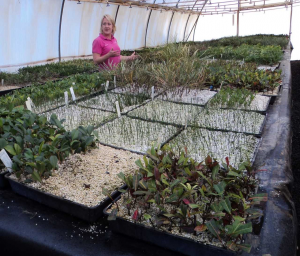 Mary Cairncross Park – a fine specimen of what our forests could look like, if not for the blight of humans! After a well-catered lunch, short speeches of gratitude and the obligatory group photograph, there was time to explore some of the park. Those less active enjoyed what was on offer around the picnic area or the interpretive centre, whist several took to the circuit walk amongst towering rainforest trees, of which many we could only guess at their species and age.

With the afternoon rolling on, we made tracks towards home, with a brief stop in Montville for some window-shopping, then the somewhat sleepy drive back to Gympie. Quite a hearty adventure! 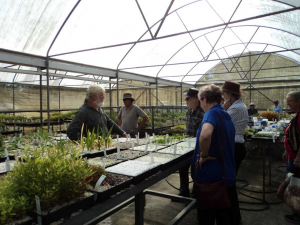 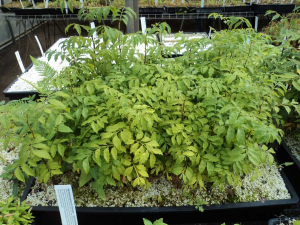 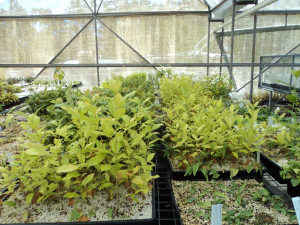