You are here: Home / About Us / Politics and Forestry in Queensland 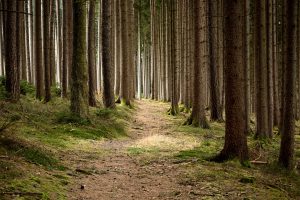 Such was the rate and extent of land clearing in the late nineteenth century that a group of sawmillers became concerned that their resource would quickly dry up and lobbied the Queensland government to set aside land for the production of timber into the future.  Thus, in 1907, the Forestry Act was proclaimed and started a process for reserving forests for the production of timber for the citizens “In perpetuity”.  By 2007 this Act had been in force for 100 years and should have been regarded as being part of our unwritten constitution.  Nevertheless, the government of the day decided to take these assets from the citizens and convert them into National Parks seemingly to ensure the support of the Greens in maintaining power.

This move not only deprived citizens of timber products superior to that from exotic pines but it also broke the nexus of the idea that the forests were almost like the common land had been in England where citizens and their animals could roam at will and access under permit items of the renewable resource such as firewood, epiphytes, poles and other round timbers, sleepers, fenceposts and sawing timber.  The Queensland resource was well conserved (the head of the department being known as the Conservator of Forests) within which rare plants were protected and special areas set aside as National Parks or Special Management Areas.  As time went by forest management incorporated all new conservation knowledge about fauna as well as flora so that the Queensland (so called) Multiple-Use Management System evolved into arguably the best native forest forestry management system in the world.  However, for political reasons, the minister of the day ordered that all information about the system be removed from public access, presumably to facilitate the secretly planned transition to National Park status.  The penny had dropped: forestry was such a long-term affair that present day politicians could use the forests as political tools with consequences being so far in the future that the citizens would not realize for years what they had been cheated out of, certainly long after present day regimes had been superseded.

During this unholy alliance with the Greens, Queensland was denied a proper regional forestry agreement as in other States and small sawmillers were seriously disadvantaged whilst large millers were appeased.  Whilst large areas of State Forests were converted to National Park status leaving a greatly diminished resource, the millers were promised a supply of raw material from other State Forests until all logging would cease.  This has created the incongruous situation where the conservation movement is fostering the pillaging of the remaining forests by massive over-harvesting for their own misguided ideological reasons.  Even Suzuki years ago came to realise that well managed native forest harvesting was a good thing.  Even worse, National Parks management in comparison is virtually non-existent having increased the size of their estate many times over with scarcely any extra funding.  The restrictions imposed by the National Parks system seems to completely ignore the presence of man in the environment in Australia for tens of thousands of years.

However, the gross political mismanagement of Forestry does not end there.  Following years of research by CSIRO and its predecessor, university trained foresters well knew that the production of native timbers (apart from perhaps hoop pine and some southern Australian species) was uneconomical.  When the North Queensland rainforests were taken out of production a fanciful, unproven scheme for growing rainforest timbers in plantations was introduced as a sop.  This inevitably has failed.  Again, when the SEQ hardwood forests were being transferred to National Parks, an untried scheme for growing hardwoods was introduced at great cost and more than half of these have failed and the timber quality in many other areas not on appropriate soil types may be full of defects.  To add insult to injury the Qld government sold off our plantations for about one third of their true value and boasted publicly about what a good deal they had done for us citizens.  The only people who new how the forests worked both by training and experience were the forestry staff that even lived in the forests in many instances.  On top of this all the valuable scientific knowledge from the results of myriad experiments is now virtually unobtainable so that future generations of land managers will need to “re-invent many wheels” while the forests themselves “go to the dogs” and birds and animals are deprived of the sorts of ecological niches that disturbance facilitate.  Mere opinion has once more triumphed over science to placate the concerned misconceptions of the poorly-educated “Latte set” in Brisbane, far from the realities of the bush.