The riparian corridor along Tinana Creek, an eastern tributary of the Mary River, supports significant biodiversity this includes endangered ecological communities and several threatened species. HQPlantations, a large land manager within the catchment was looking to maintain and enhance this biodiversity as part of its commitment to forest stewardship.

With the support of two grants totalling $105,000 from the Australian Government’s Reef System Repair Programme and the Queensland Governments Wetlands Programme, HQPlanations commenced work in late 2016 on a large-scale ecological restoration project along a stretch of Tinana Creek on State Forest at a site known locally as Tinana Yards, 8 km west of the Toolara Forest Station. 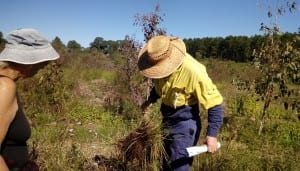 The project area covers 82 hectares of riparian vegetation, billabongs and pine plantations. The aim of the project is to restore disturbed or cleared areas (30 hectares) and create a self-sustaining, resilient ecosystem that reflects the nearby existing undisturbed reference ecosystems. This is being achieved predominantly by planting local species and by encouraging natural regrowth.

An ecological restoration plan was prepared that included vegetation types that would have occurred there before. These include: 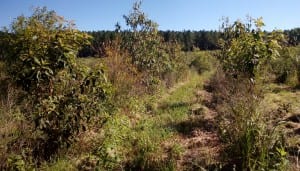 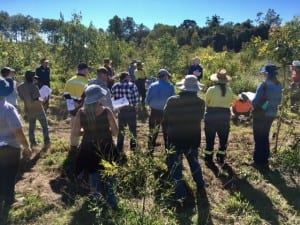 Toolara Nursery. Where local seed was not available, seedlings were purchased from community or Landcare Nurseries.

It is estimated that to date over 25,000 seedlings have been planted and the area revegetated exceeds 35 hectares